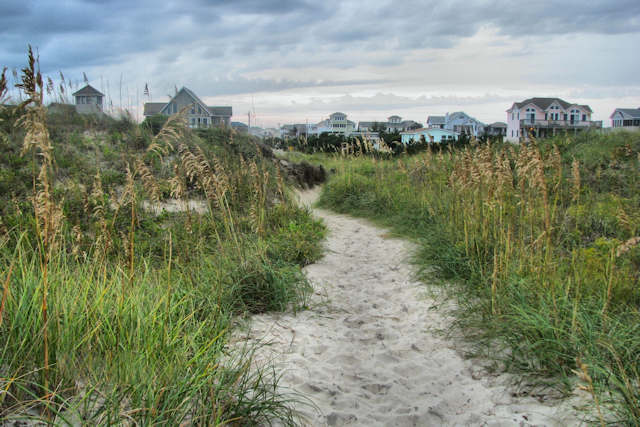 In the old Testament when the nation of Judah was nearing a time of exile into Babylon that God had determined for them and spoken to them through the prophets, especially Jeremiah, we begin to see that there were two kinds of prophets in the nation.  (click title for more)

In Jeremiah 14:14,15 - It says, 14. "The Lord said unto me, The prophets phophesy lies in my name:  I sent them not, neither have I commanded them, neither spake unto them; they prophesy unto you a false vision and divination, a thing of nought, and the deceit of their heart.  15. Therefore, thus saith the Lord concerning the prophets that prophesy in my name, and I sent them not, yet they say, 'Sword and famine shall not be in this land; By sword and famine those prophets shall be consumed."

God sent the tribe of Judah into exile to Babylon because of their sin and their sin against the land He had given them.  Jeremiah was almost the only prophet speaking the words of God to them.  Paraphrased he said, "Go to Babylon, build houses, settle in, have children, submit to My will.  Oh, and by the way, you will be there for 70 years.  After that time, you will come back to the land and..."

This was, in fact, what happened.  God warned them exactly what He intended to do and He did it.  Those who tried to escape ended up bringing about their own demise.

But there were false prophets at this time also.  They were saying, "No, God has not said we will go into exile into Babylon.  On the contrary, within two years He will gore the enemy and we will be returned to the land.  All is well.  Don't panic."

Those who believed the false prophets, because that is what they wanted to believe, either fell because of them or ended up being exiled to Babylon.  Some even tried to run away to Egypt but they were met with the same fate as the rest ultimately.  There was no place to run and no place to hide.

At the time all this was taking place it seemed like the end of the world to them, at least, the end of their world.  But in reality it was God's plan to preserve them and cleanse His land at the same time.  After the seventy years was up they did return to the land.  Babylon was destroyed and a benevolent king who took over the Medo-Persian empire sent them home and helped them have what they needed to re-establish themselves.

One of the early waves of returning exiles rebuilt the wall of Jerusalem under the governance of Nehemiah and Ezra and as more exiles filled the land they eventually rebuilt the temple.

How does all this apply to us today, you ask?  Well, I think it is obvious to anyone who is paying attention.  Our world is on the cusp of completely falling into the hands of the AntiChrist system.  Now, more than ever in my life, things have lined up to prepare the way for the revelation of the "man of lawlessness" and the rapture of the church.

To those who prophesy that all is well and we need not be concerned, perhaps we should approach that way of thought cautiously.  Remember that God's people were once faced with a choice of believing Jeremiah (whose message they despised and feared) or hearing the message of the false prophets (who told them what they wanted to hear).

What will it be for you?  Think about it.  Pray about it.

The things prophesied from old are upon us.  The Old Testament is the example (as it tells us in Corinthians) for those of us upon whom the end of the ages has come.